Winning the Fight against the Epidemic, CIUON teachers and students covey their blessing 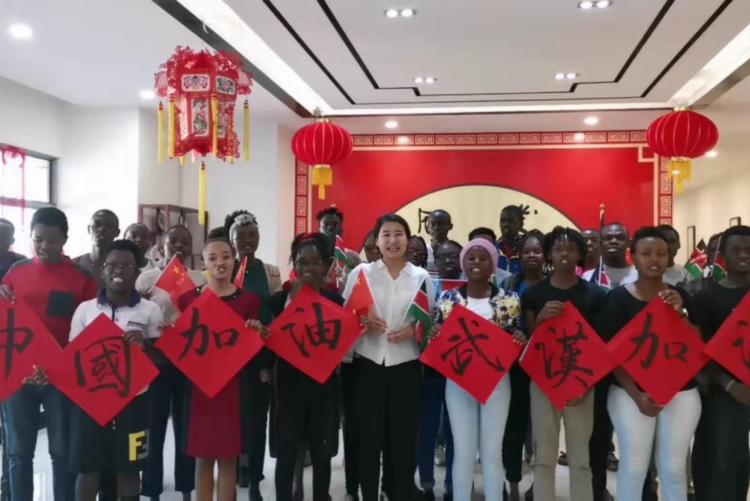 Coming together, fighting the NCP, and stand with China! Cheer on Wuhan! As the Chinese people fight the epidemic, teachers and students of the Confucius Institute at the University of Nairobi pray for China and conveyed blessing to China! 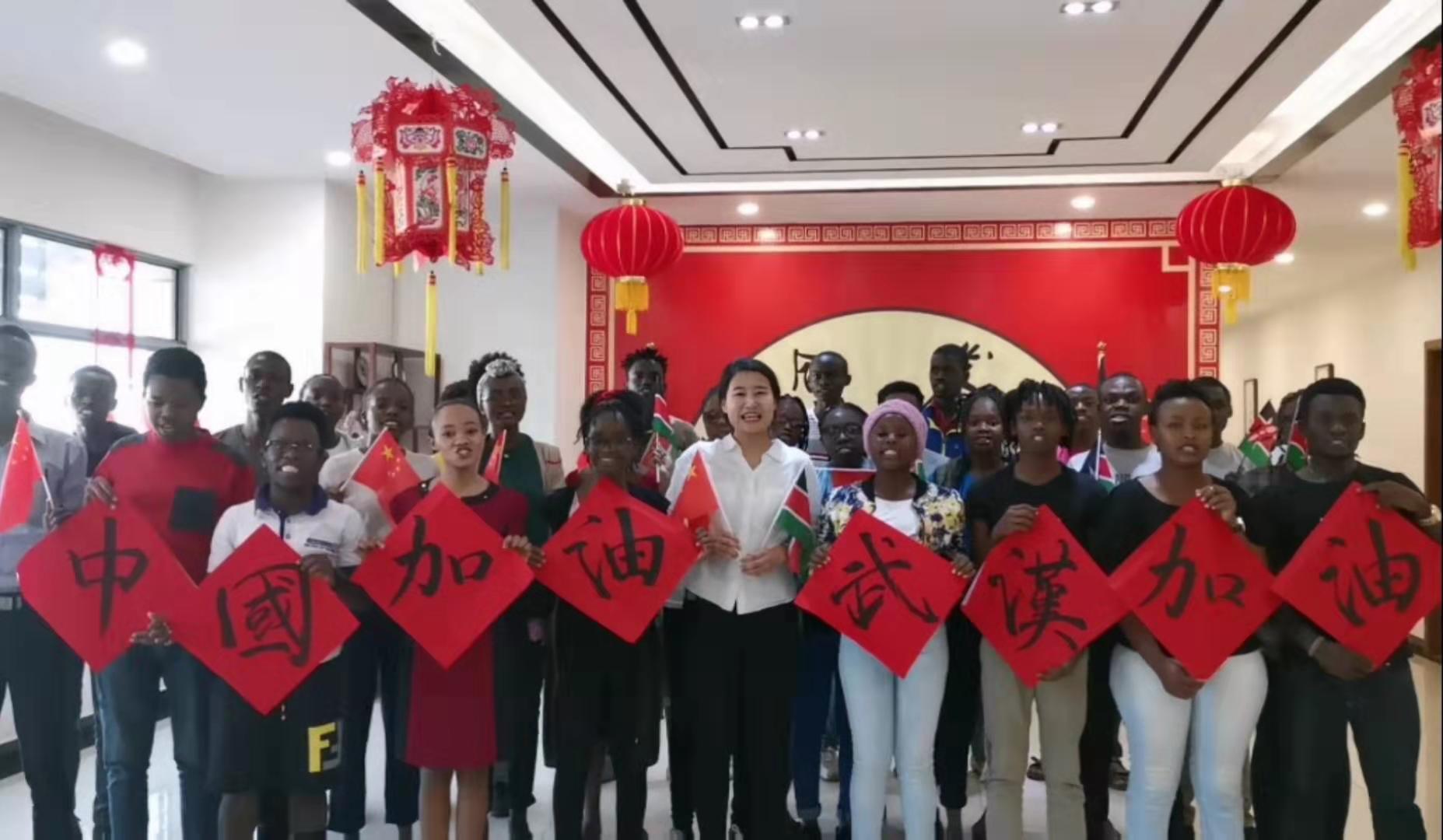 On February 9th, local time in Kenya, the Confucius Institute at the University of Nairobi held the HSK exam. After the exam, the students stayed in the exam room, to listen to a special Chinese lesson taught by Peter, a local Chinese teacher with the master degree of International Chinese Teaching, to cheer on China! More than a hundred candidates consisting of Kenyatta International Airport staff, students from various disciplines of University of Nairobi and CIUON teachers crowded in the classroom, and proclaimed unanimously: We stand with you, China! Keep fighting, Wuhan! 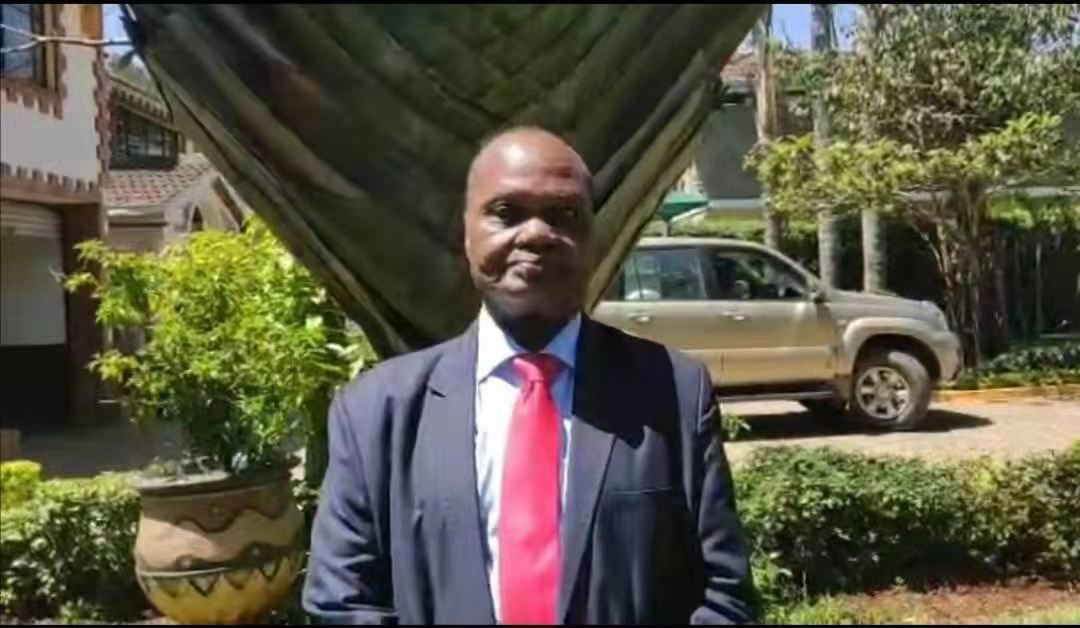 Prof. Mbeche, the local director of the Confucius Institute at the University of Nairobi, expressed his support for the Chinese people through a video. He said he was convinced that China could overcome this short-term challenge, and he also hoped that Kenyan students studying in China would abide by school precautionary regulations. He said that challenges are temporary and China will surely overcome the epidemic. 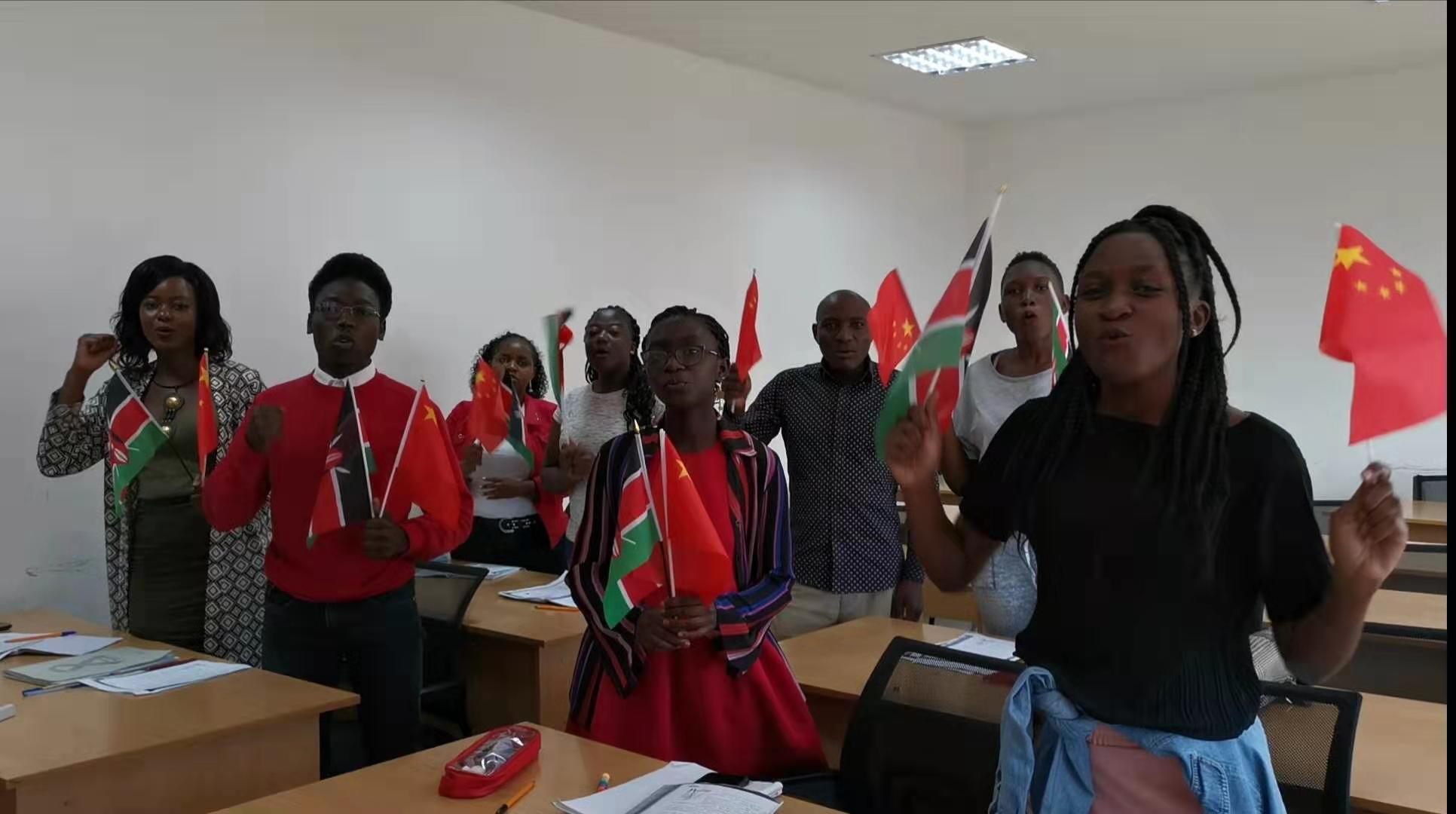 Kenyan girl Zhang Meiling (Hilda) is a third-year Chinese student at CIUON was originally planning to start studies at Tianjin Normal University on February 17th but due to the epidemic, her trip was postponed, she expressed her blessings to China with a song called "Me and My Motherland." She said, “I believe in China, everything will be fine!”

In the afternoon of February 10th at CIUON; a first-class Chinese training class, a first-year Chinese undergraduate course, a third-year Chinese undergraduate course, and a teaching point—the State House Girl’s High School, the students exchanged information about the situation of NCP with the teachers and the situation of China fighting against the epidemic. They were very surprised that China could build a hospital within seven days, learned what a cabin hospital was, and how the Chinese people responded to the government's call to stay at home during Chinese New Year celebrations. The students strongly expressed their hope to do something for China. The teachers said “although we are at East Africa, it’s thousands of miles away from China, our hearts are together and we are united in the same spirit, hoping for the better situation in China! Here we send our blessings and at the same time pay tribute to the medical workers who are fighting on the front line! CIUON sounded a blessing: China! Wuhan! Be strong, keep fighting! We are together!” 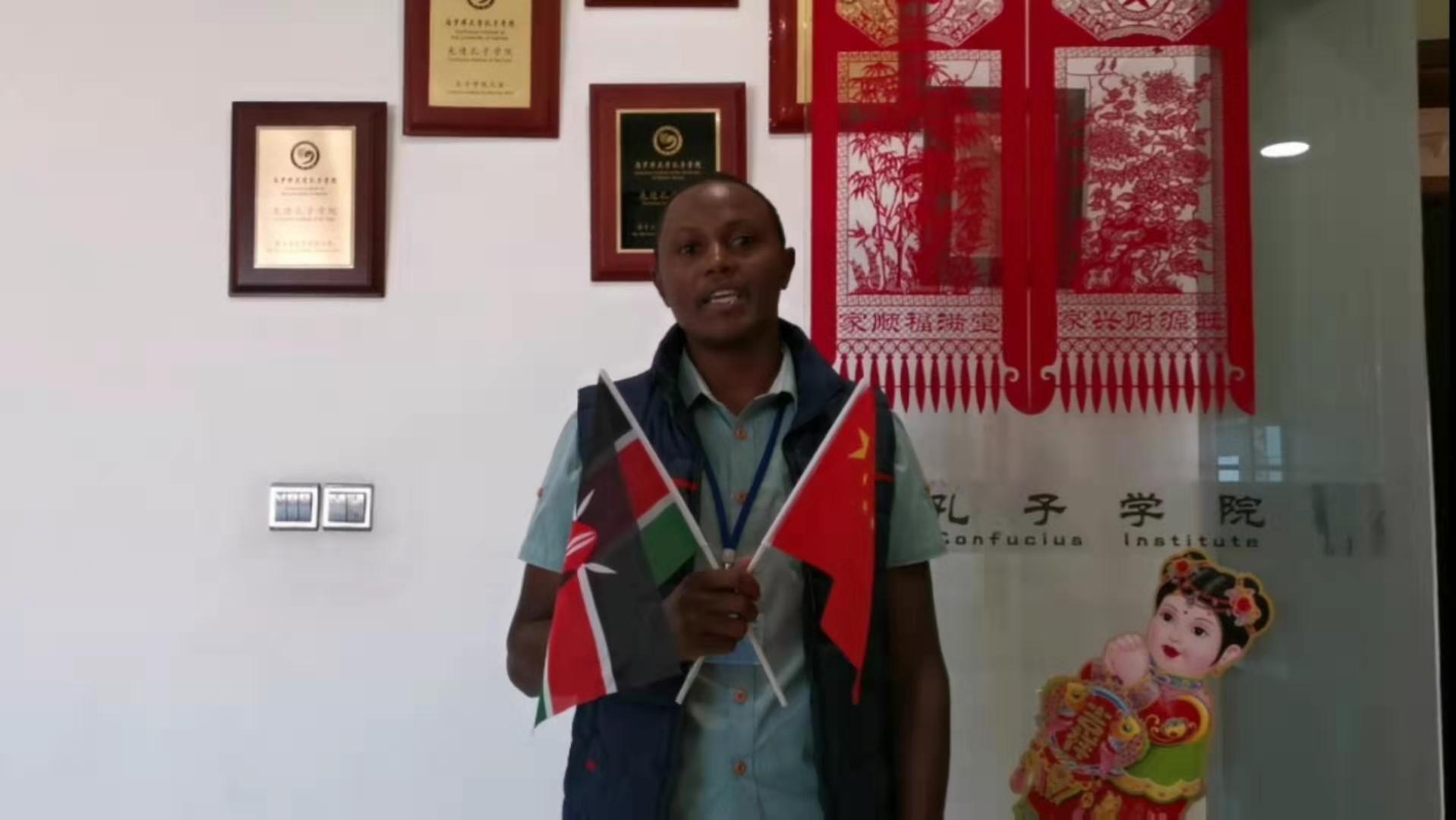 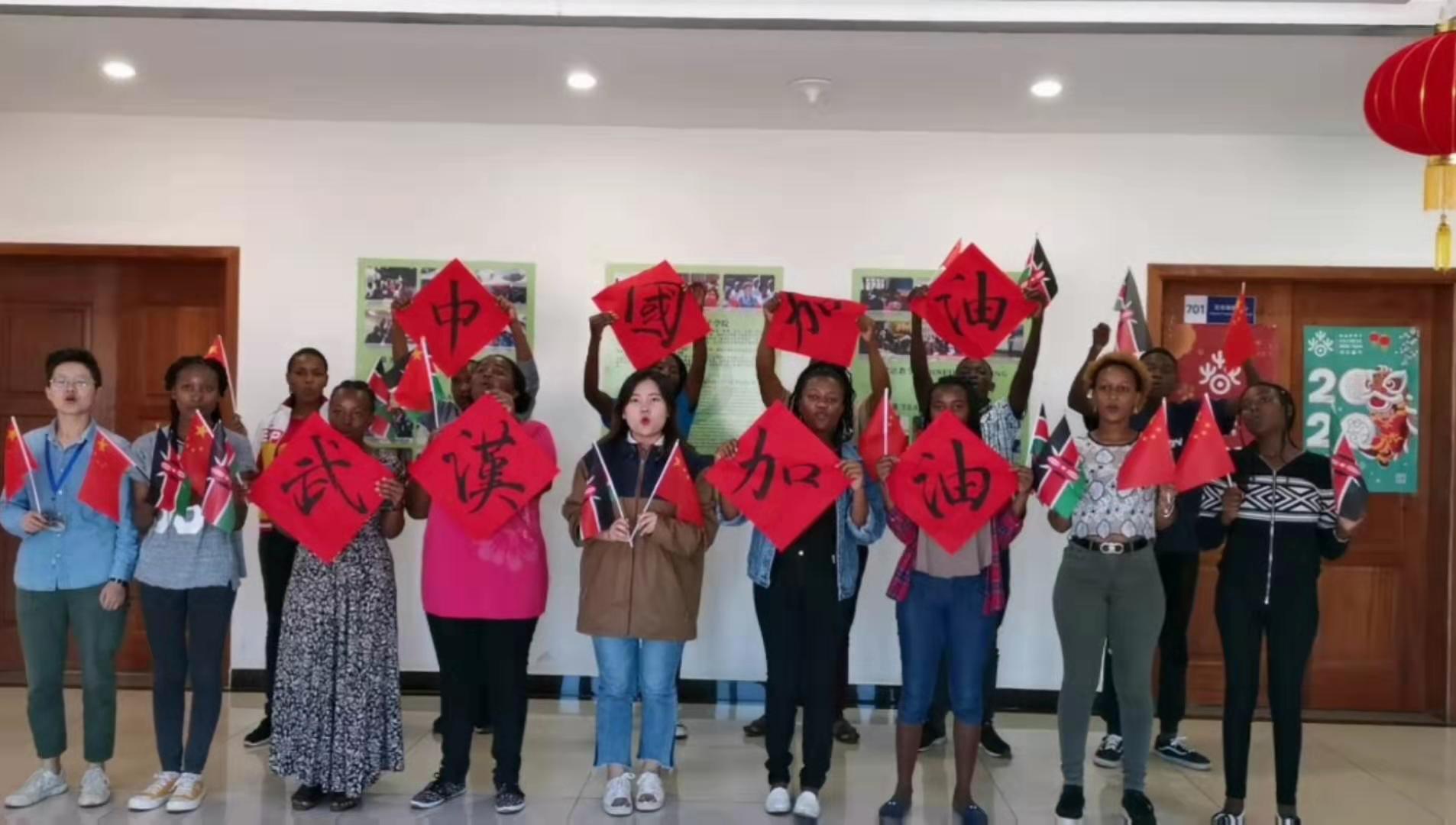